I often post in social media about people who let their emotions get the best of them in situations where they get sucked into confrontations that they could have (SHOULD have) avoided. Usually, those posts involve tragedies where people searching their homes with guns shoot family members or where people who used guns inappropriately get indicted or convicted of crimes.
Some recent examples include an Ohio man who mistakenly killed his son and this man who plead guilty to manslaughter after killing a bystander with an errant round while recklessly shooting at someone who was stealing his vehicle. 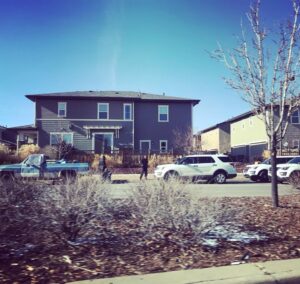 This morning, while heading out to run some errands with Wife and Toddler, a foot pursuit broke out right next to our car in our “low crime” neighborhood. A rush of emotions and impulses ran through my head. There have been periods of my life where I looked forward to a good foot pursuit. While the thought of jumping out of the car and joining was quickly dismissed, the thought of driving around to the other side of the block wasn’t so easily passed up. **** Read the rest of this article at PDN!

After witnessing a foot pursuit a few days ago, I changed the topic of this Month’s PDN Live event to “Avoiding Emotional Responses” at the last minute. You can watch the discussion HERE.
about meds online
insomnia meds 365

I talked about the potential pitfalls of emotional reactions to circumstances that you aren’t prepared for, such as injuring family members or bystanders, getting yourself hurt after escalating risk or bumbling into a situation that you don’t understand and making it worse and then answered PDN Member and Live Audience questions on the topic. I also offered some training tips to be better prepared to respond rationally during a critical event.

You don’t want to be a dog sitting on a porch who leaps off to chase a squirrel and gets hit by a car… there will always be instinctive reactions and emotional responses at the outset of an critical incident, by having a plan you can avoid getting sucked into a bad situation by executing an Intelligent Rational Response instead of just improvising in the heat of the moment.