There is no doubt that I owe a great debt, personally, to those who died on 9/11. 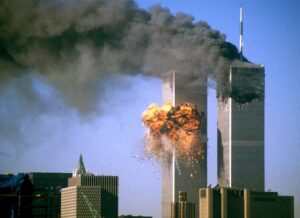 15 years ago this past July, I decided to put full focus into a career in training & teaching Defensive Shooting Skills and Tactics.
I resigned from the police department, the SOT and my position as a “weed & seed” officer. I had been splitting attention and I decided to follow my passion by going in the direction where I honestly felt I could do more good. Two months later, the world changed. I flirted with the idea of going back into public service, talked with the Tennessee National Guard about re-joining the military, but they cancelled my review board the day before it was scheduled, saying they weren’t taking any previously discharged officers at that time (They did invited me to enlist…). After a couple months of looking at various options, all the while getting ridiculous hourly/daily offers for security jobs (and taking them), I decided to continue with the mission I had laid out in July: Teach other armed professionals and citizens how to defend themselves and those they cared about.
The next couple of years were hit & miss in regard to the training revenue flow, but there was no doubt that the private sector training industry was growing rapidly. By 2003, training was paying all the bills and the opportunities were huge. Everyone from wealthy families to large corporations to tier one military teams were looking for people who could help them solve various problems that weren’t already covered by what were quickly being recognized as antiquated approaches. The rest, as they say, is history. Lots of capitalizing on opportunities and lots of great collaborations and lots of lost sleep over people trusting me & my teams of instructors with incredibly important work.
Last month, I was vacationing in Manhattan with the family. We stopped at the 9/11 Memorial in Jersey first, at Liberty Park. Our first stop after grabbing some food when we got into NYC was the 9/11 Memorial pools. A couple of days later, we were down in Atlantic City, where my wife I stopped at AC’s 9/11 Memorial while walking on the boardwalk. I’m sure that many people think many different things when they visit those spots. When I think of 9/11, I think about my personal obligation to honor those who died with my work… work that probably wouldn’t be happening, at least not at the scale that it is, if it weren’t for the murderous events of that day. It started occurring to me about a decade ago that large part of my career wouldn’t have had a chance to exist if 9/11 never happened. There are a ton of people active in the training industry today who could certainly say the same thing, but in some very specific ways, the timing of my decision to leave full time police work and the opportunities that presented themselves over the follow few years overlapped in a way that couldn’t be predicted or replicated.

So, when I use the hashtag “#neverforget”, of course I’m referencing the atrocity, the lives lost, the love I have for the ideals of our country that were attacked that day and the anger I felt (and feel) towards those who committed the acts of terror then and any day since. Like most people, I remember what I was doing at the time we learned of the first “crash” and then realized what was happening (I was attending at training day for regional Hostage Negotiators). But, usually at a core level only (I don’t think I’ve ever really shared this publicly), I am remembering that much of the success I have created in my life was built on the memory of the thousands who died on 9/11. Their deaths changed the way the average person in the Western World thought about safety & security. Their deaths changed the way our armed professionals trained and fought. Their deaths played a role in the growth of concealed carry in the US and peoples’ perspective on their responsibility for their own defense. Those changes challenged people to ask new questions, or at least ask the old ones differently… and I am proud to be part of the generation that has been providing the best answers and services we can come up with since the first phone calls, emails, pages and faxes started showing up in the wake of the attacks. I am especially proud of the training my team provided to the tip of our military spear for many years during the height of the Global War on Terror.
Today, we now work with students who don’t remember the attacks first hand. In our School and Family Programs, I work with students who weren’t even alive when the attacks took place. That reality hit me square in the face last month when we were standing by the reflecting pools with my step kids and #babypincus. They will only ever know the post 9/11 Era… they can’t “never forget” what they didn’t experience. It is up to us to tell them what happened, to put it into context, to help them understand it in a way that makes sense.
I do what I do largely because of 9/11… and I hope that some part of it serves as a tribute to those who died, a service to their families and as retribution against those who perpetrated the attacks. #neverforget #alwaysremember #obligation #tribute #honorthosewhodied