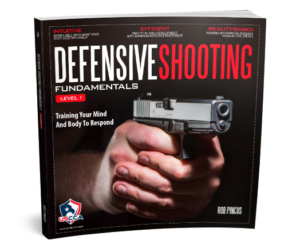 We first first announced the collaboration with USCCA in June of 2017 after running some of their leadership through an early version of the instructor development process over the preceding Memorial Day Weekend. The announcement was made amidst a fair amount of turmoil in the training community over their being ousted from the NRA Convention and that organization’s announcement of their competing insurance product backed by the intention to create a new training program of their own… outside of their training division. A little over a year later, our program is completely developed, launched and reaching students all across the country.  The commitment that the USCAA made to me in regard to the integrity of the program and their ability to embrace the methods and techniques that I.C.E. Training has been successful with have been followed through on at a level that I honestly wouldn’t have expected from such a large organization with its own set of  principles and momentum. How large? How much momentum? Well, the USCCA is not just a leader in the firearms industry, it’s recently been recognized as one of the Fastest Growing Companies in the United States! That’s quite a feat considering the slump that the firearms industry in general has been in for the last couple of years. 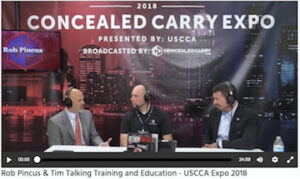 It’s been awhile since I have formally posted any type of update on the development and growth of the Defensive Shooting Fundamentals Program. The PDN Training Tour had me busy since March and there is always a lot going on… but, this seemed like a great time to share some information, with a large Instructor Development class being held this weekend in Wisconsin. This will be the second time that over 40 instructors candidates will be in one place (split into smaller working groups) learning to become better educators and possibly getting certified to teach for us.

Check out the latest news in this article at Ammoland, including feedback from new instructors and links to a couple of great videos!