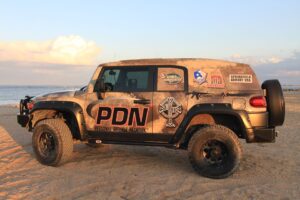 I’m not a lawyer… Internet Advice is worth what you paid for it… etc., etc.

Now that we got that out of the way, allow me to share the advice that I got from actual lawyers at the firm that I use for consultation on all matters related to firearms, Barney Debrosse, LLC in Columbus, Ohio. These guys are sincerely interested in gun law and helping responsible gun owners navigate the  often confusing and sometimes contradictory network of laws, rules, guidelines, statutes, procedures and legal precedents related to purchasing, owning and using firearms legally. As stated in the letter you will see below, they are licensed in Ohio, but I trust their advice beyond the borders of that state (which I occasionally reside in). 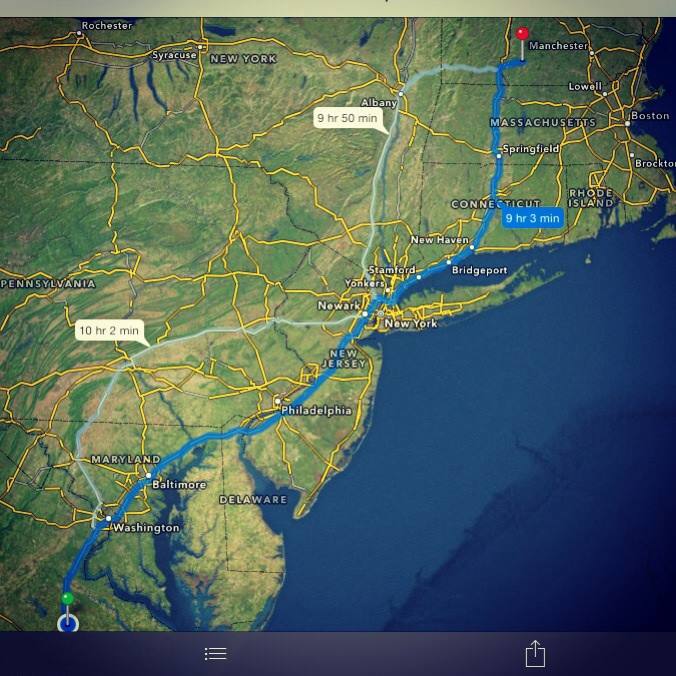 This week, I am taking the Tour Truck through “The Gauntlet” of very restrictive states in the mid-atlantic in order to get to the next class I am teaching in the very awesome state of New Hampshire. As I write this, I am less than a mile from the border of Washington, DC and I feel bit like I am about to go on a special mission into foreign territory. Why? I’m not running supplies to insurgents… I’m just trying to bring some knowledge and training up to the good people who want to take a defensive shooting class in Keene, NH. No doubt, we will have law abiding guns owners from MA, CT and/or NY attending, because I don’t have any courses scheduled in those states this time of the year… and, frankly, it is a lot easier to put on a class in New Hampshire. If you’ve seen the tour truck, you know it kinda stands out. I’m not going to cover up the CMMG Logo with a “Hillary in 2016” Sticker and I’m not really interested in being a test case for the illegal transportation of items through the states of New York, New Jersey, Maryland, Connecticut or Massachusetts… so, I contacted my lawyers to get their advice.

Now, this is not something that I have never dealt with before. Obviously, I teach in many of those states every year (in fact, I have courses in MA and NJ scheduled for later this year!). I have driven through all of these states in the past with plenty of guns,magazines and ammunition… to the best of my knowledge, I have always done so legally, in accordance with federal law protecting my right to transport firearms from one place that I can legally own and use them to another similar place. This ability is protected by the Firearms Owners Protection Act (FOPA). This year, I wanted to contact the lawyers because of two things:
1. All the changes in the NY and CT laws.
2. This is not exactly a calm time in the  War on Responsible Gun Ownership in those states and I’m driving a Pro-Gun, Pro-Self-Defense Billboard that represents some of leading companies and my partners in the industry. If I make a mistake, the fallout lands on them as well as me.

So, what did my counsel tell me?  They told me that nothing has really changed in regard to the transportation of firearms, but that they are concerned about the transportation of  magazines because they are not specifically mentioned in FOPA. They also reminded me that, while FOPA may be an affirmative defense to breaking a state law, I could still be arrested for violating that law an there is precedent for that having happened in some jurisdictions that I am concerned about. The letter is attached, with the law offices’s permission, for everyone’s benefit. 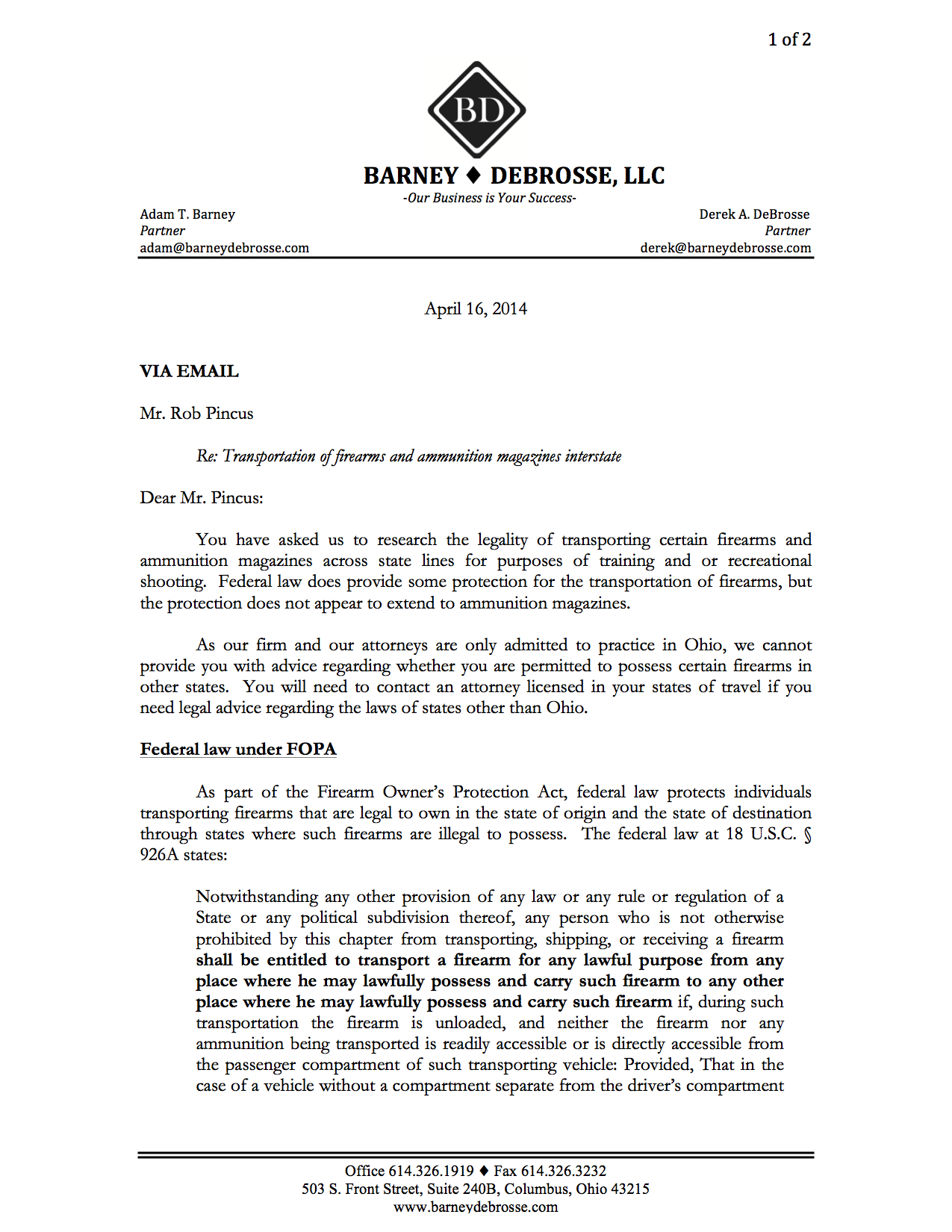 It is true that in addition to requesting guidance from my lawyer, I also put out a call on social media for anyone with a legit mustache and a black Trans Am to get in touch with me…but, I got no response to the latter. (I did speak with Mark Walters, host of Armed American Radio, briefly about putting a flaming eagle on his black Camaro and heading north…but: no ‘stache.) So, later today, I will be going through all the contents of the tour truck, removing the “high capacity” magazines and shipping them back to OH, which is the next stop on the PDN Training Tour after New England. I will also be dissassembling all the pistols and rifles and securing them in the GunVault TacVaults that I have in the truck. I am going to drive a handful of extra miles to avoid New Jersey because of concerns about arrests that have been made despite FOPA and the legal standing of hollow point bullets in that state (believe it or not, the state I grew up in… grew up hunting and shooting as kid, the latter on an almost daily basis for many years!). Thanks to New Jersey’s crazy laws, I will not be having dinner at my mom’s house tonight… (maybe I can get her to meet me for lunch in Philly tomorrow?).

Now, I am not one to boycott restrictive states or speak ill of those whose jobs, families or big-picture preferences keep them living in states that might as well be part of Europe… after all, I go to Europe. Hell, I even had a deposit on an 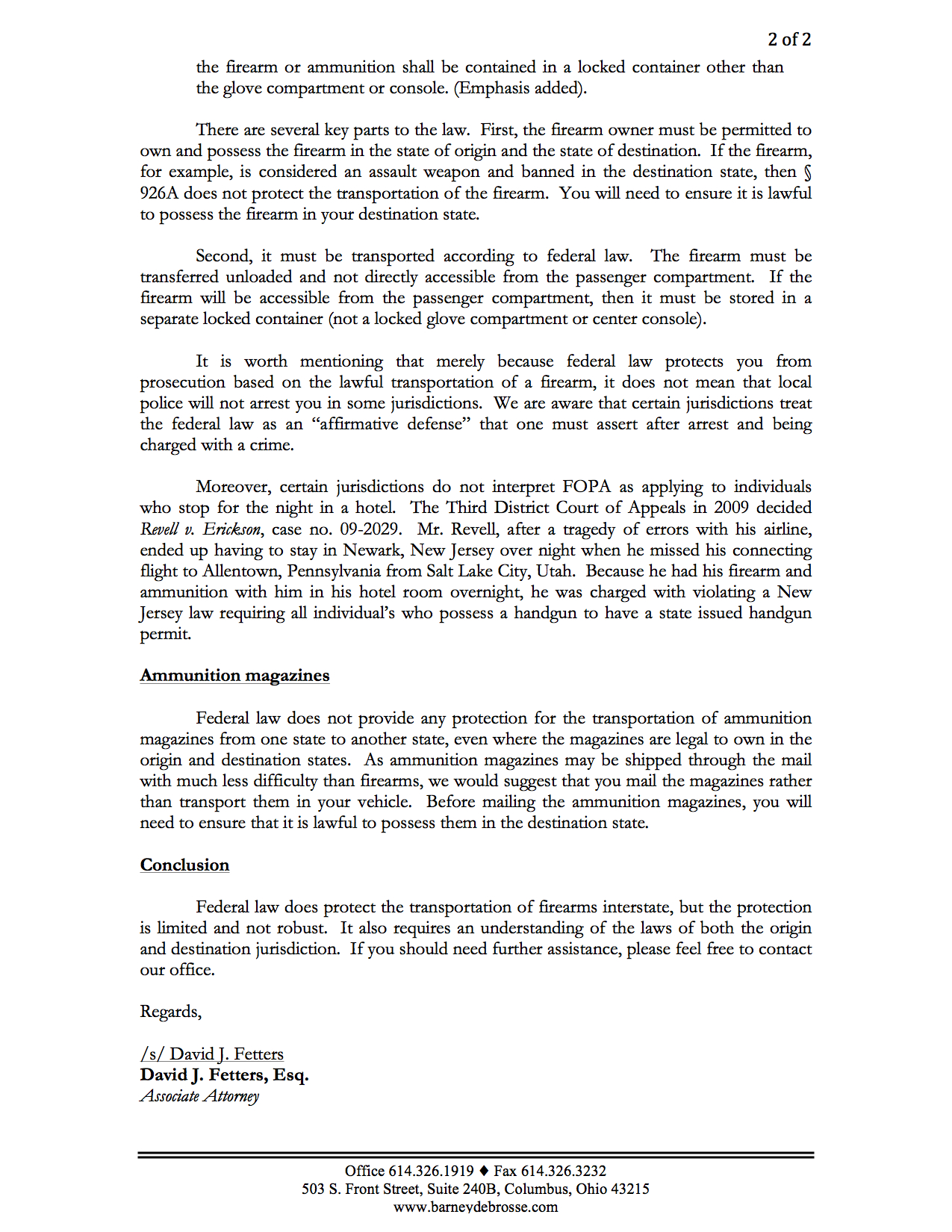 I am actually “home” every year. (I actually let the deposit go and chose to be homeless for almost two years instead, living in hotels with most of my stuff in storage was an awesome experience…). I will continue to figure out how to conduct classes in the restrictive states and I will continue to support the responsible gun owners stuck in those areas… especially the ones fighting the good fight with organizations like GOAL, New Jersey Second Amendment Society, New York State Pistol & Rifle Association and the Connecticut Citizen’s Defense League. It is really easy to sit in Kentucky and thump your chest about “moving out”… but, honestly, if everyone did that, things would only get worse, the anti’s would win and more states would move in that direction. The firearms community must support responsible gun owners all around the country (…and the world, for that matter). If people can get all riled up and talk about driving across the country to support a guy who isn’t paying his cow taxes, why do so many proud gun owners leap at the chance to throw their peers in restrictive states under the bus? Abandoning hundreds of thousands of gun owners and/or writing off entire regions of the country as not worth fighting for will doom us.

3 thoughts on “Running the Gauntlet: Legal Advice on traveling from the Free South to New England with Guns.”