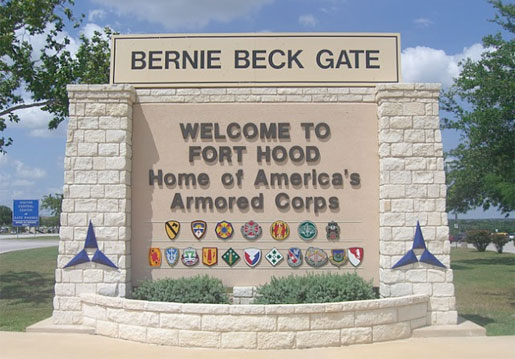 As we continue to learn more about the details of the second Ft. Hood Spree Killing in 5 years, I keep coming back to the idea that it shouldn’t have taken so long for someone to take action to stop this killer. All of my thoughts at this point must be tempered with the fact that we really don’t know enough details yet. For all I know, three armed MPs tried to take action and were shot down and/or a dozen combat vets who were unarmed tried to swarm this guy and he skillfully avoided being stopped and tragically wounded and/or killed those heroic soldiers. Or… maybe not. Here’s what we do know:

1. Ft. Hood put unprecedented security measures into place after the 2009 spree killing incident and they did not stop this guy from bringing a gun into an area filled with unarmed military personnel.

2. The base loudspeaker system advised people to hide in a secure place, not to mobilize all efforts to get to the location of the killings and stop the madman.

3. The Commanding General of the base, Mark Milley, stated emphatically during a press conference hours after the event that he did not support the idea of military personnel having the option of carrying firearms to defend themselves or others while on base.

4. When the one MP that we know confronted the killer, he quickly took his own life.

There are some other things that aren’t crystal clear, but seem to be true, most importantly that the killer used a semi-automatic handgun and that all of the victims were shot at one location. This says to me that, given the number of people hit, there must have been at least one point in the event when the killer had an empty gun and needed to reload.

Given all this, I believe that the culture of “it’s someone else’s job to save/protect/help you” is unfortunately so pervasive that it exists even on one of the premier facilities of the most powerful military in the world. If nothing else, let this tragedy serve as a reminder that nowhere, at nt time, can you count on someone else to defend you. There will be much more information to come out about this shooting. We’ve heard “verified” information about previous events that have been horribly wrong in the past. So, without further comment on the details of this event and with a sincere repeat of the caveat that there may very well have been soldiers who did try to stop this killer, despite being unarmed. I’ll take this opportunity to share some of the videos that we have put out in the past in regard to dealing with Spree Killers, armed or not. Please help me share it while this topic is on people’s minds and they can discuss and learn from it!

Improvised Defensive Tools in the Workplace

Untrained Persons picking up a gun and Taking Action

Using a Dropped Gun to Stop an Attacker 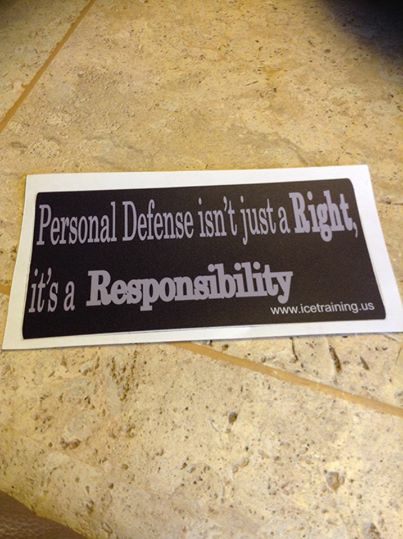 There is a ton of information available from a variety of source that people can use to empower themselves to take action when evil shows up in their presence. Let’s spread the word:  Self Defense isn’t just a Right… it’s a RESPONSIBILITY. I truly believe that reminding people that they are the only ones that they can truly rely own for protection and safety will make our society safer, stronger and better. It will also undermine the attempts of those who wish to restrict our right to keep and bear arms by insinuating that they police, or anyone else, will provide an assurance of safety.

We all must set our minds to Taking Action if we are ever confronted with this type of situation. Of course, taking action doesn’t mean to charge into the face of obvious defeat, nor does it mean to put yourself in greater danger. Action simply means to take responsibility for your safety. Our standard advice is a three option process:
1. Evade
2. Barricade
3. Respond (if necessary)

Merely hiding and hoping that the bad man stops (or is stopped )is not a plan.

[Edited to Add: I received a note from someone who got the impression that I might be “blaming the victims” here. Obviously, that is not my intent. Here is my response:  I was blaming the culture that tells people to hide and hope. Not the people who are subject to it. As I said in the article, maybe plenty of people did take action…. I don’t know. All I know is that I want anyone thinking about this today to know that they should do more than feel helpless.]

1 thought on “Spree Killer Response… armed or not: TAKE ACTION!”