Both the Introduction to Defensive Handguns and the Defensive Firearms Coach programs will expand the reach of I.C.E. Training Company by appealling to a broader spectrum of clients!

I.C.E. Training Company is launching two new programs in a big way for 2012. Over the past year, Rob Pincus and several leaders in the Combat Focus™ Shooting community have been developing two programs aimed at a much broader market than we have ever appealed to before. These programs, one for the experienced shooter who is new to defensive shooting and one for the shooting instructor who wants to provide the most important and practical information as efficiently as possible to students interested in defensive shooting. 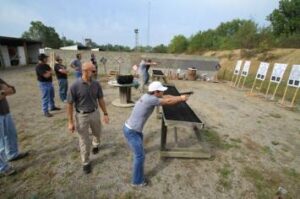 These two courses are specifically designed to address the issue of how to properly address fundamental level defensive shooting as something distinct from generic “shooting” instruction. Both courses focus on conceptually addressing the context of personal defense in regard to skill development, techniques, gear selection and training methods. Both courses are also designed to both set the student up for a lifetime of use of the principles they learn as well as serve as a base for all future training and development. Unlike many traditional programs, especially in the case of the Introduction to Defensive Handguns Course, these are not “check the box” programs that are designed to pre-screen students before they get to the good stuff… this is the good stuff, arguably, the BEST Stuff. As we all know from various endeavors in our lives, the way you learn first in the most important thing in any skill development. It takes much more effort to re-learn than it does to simply lay down the right “muscle-memory” from day one. The Defensive Firearms Coach will be capable of teaching the Introduction to Defensive Handguns course so that from the first day of training to use a firearm for personal defense or the defense of others, police officers, security personnel and law abiding citizens will be learning more than just target shooting and truly understand the context of defensive shooting and why things like gear selection and training methods are so important to maximizing their limited training resources.

Developed out of success in several training endeavors over the previous year, these courses evolved to become self-evidently important in filling important gaps in the I.C.E. Training Company Curriculum. The codification of a relatively short but comprehensive introductory program for end users was needed to fill the firearms niche of the Wrong Woman program (A glimpse of the type of training that the women have been receiving can be seen in this news clip!) as well as for I.C.E.’s foray into the Martial Arts World. The latter project also required an instructor development component in order to empower self-defense instructors from a variety of backgrounds to educate their students about firearms as well. That program was then evolved to be slightly more generic and adapted for Rob Pincus’Dynamic Defensive Handgun project with Gander Mountain Academy. In between those two programs, Rob offered the Defensive Firearms Coach Certification course to the attending CFS Instructors at their annual conference in October, which significantly refined the content of both the DFC and IDH Course. These experiences, as well as the instructor staff’s collected experience with hundreds and hundreds of people completely new to defensive shooting have culminated in new potential starting points for anyone looking to train with I.C.E.! 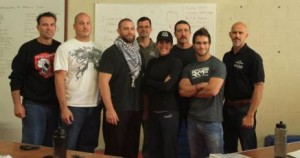 Combat Focus™ shooting has always been the foundational course offered by I.C.E. Training Company… but not everyone will be inclined to take two full days of training and/or be able to afford the cost of those classes and the 1000+ rounds of ammunition required. The four to six hour Introduction to Defensive Handgun Course gives people looking for a minimal training option a chance to learn the things that they are most likely to need in a worst case scenario to protect themselves and their families.

Similarly, we recognize that there are many instructors who are interested in teaching Defensive Shooting who may not be interested in teaching CFS. The process to become certified as a Combat Focus™ Shooting instructor takes a significant amount of time, effort and financial investment. Since 2005, the successful certification rate for those meeting the pre-requisites and completing the Instructor Development course has been just over 50%. Meanwhile, hundreds of instructors who may only have two or three days of generic firearms instructor development under their belt are providing the only training that far too many of the Concealed Carry Permit holders in the country are getting. The Defensive Firearms Coach certification is an intense three-day process that has been developed specifically to address the need for many more highly qualified instructors to provide the kind of information in the IDH Course described above. During the development of the program, there have been four DFC Courses offered and they have resulted in over 20 Certified Defensive Firearms Coaches… there has been a 90% success rate in this course!

Regardless of where you fit into the picture, someone with a new interest in defensive handgun training or someone looking to provide vital training to anyone who is, I.C.E. Training Company now has two more ways to help you achieve your goals efficiently and inexpensively:

The Introduction to Defensive Handguns Course is designed to educate the student about the handguns that are best for personal defense and how to use them efficiently in the context of a home defense scenario.

This course is designed for those new to firearms or experienced shooters who are interested in learning specifically about using a handgun for Personal Defense.

This comprehensive course takes place at a live fire range where students will be introduced to the fundamentals of defensive shooting and taught about various firearms types and the distinct advantages that some have other others in regard to defensive use. Students will be introduced to the most important shooting skills and have the opportunity to develop their competency in the context of a home defense shooting situation. Fundamental Home Defense Tactics, Responsible Defensive Firearms Storage and dealing with Law Enforcement Response will also be covered.

4-6 hours, depending on class size.

Students will need 250 rounds of ammunition and should bring their defensive handgun and three magazines, if they own one. Contact Instructor to discuss the availability of firearms for use during this course.

This intense three-day course is designed to increase the student’s understanding of defensive firearms, their use in a home defense situation and increase their ability to share that information with others. The course is split between the classroom (70%) and Live Fire Range (30%) and focuses on understanding the differences between generic “shooting skill” and truly understanding the most important aspects of using a firearm for self defense. There are no pre-requisites for the DFC Course, but students will be required to successfully pass a written test of knowledge and perform well during a teaching demonstration in order to achieve Certification. The DFCCC will feature in depth sessions on types of handguns and their value in the role of defense, ammunition selection, storage options, home defense tactics, interacting with law enforcement, developing fundamental defensive shooting skills, Combat Accuracy, The Balance of Speed & Precision and overcoming myths, misconceptions and anxiety in those new to defensive shooting. Attendees will also learn the most important drills to run in order to help their own students develop their skills efficiently.

Defensive Firearms Coaches are certified to teach the I.C.E. Training Company Introduction to Defensive Handguns Course, a comprehensive course designed to educate those new to defensive firearms in the most important aspects of their use for home defense.

Certified Defensive Firearms Coaches also receive a $500 discount on tuition should they elect to go on to take the Combat Focus Shooting Instructor Development Course.

Attendee’s should bring an appropriate defensive handgun, 3 magazines and 500 rounds of ammunition. Notebook & DFC Guide will be provided.