The 9mm v .45acp Question can be one of the most fun discussions that will never end for shooting enthusiasts and those who dip their toe into the Defensive Shooting pool. While professionals from the medical, ballistics, armed professional and training side have weighed in decidedly in favor of the 9mm being a superior choice for personal defense in recent years, many shooters still make arguments supporting the choice of .45acp. It is not all that surprising then, that one of the best shooters in the world, my buddy Rob Leatham, recently posted a video (which bordered on a rant) extolling the importance of the 5th grade physical science fact: All other things being equal, a typical .45acp round delivers more energy on a target than a typical 9mm round. You can see this video HERE.

At least one person summed it up with this picture: 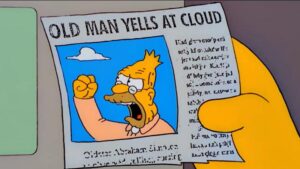 When I first saw it, this was my thought: 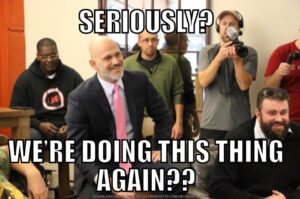 Because for many people, the Caliber Debate is simply:

(as evidence that this might actually be true, here are the 2013 and 2015 versions of Leatham Videos making his case for .45 being a better choice if you can handle it… and, in the interest of fairness: Here is my 2012 Article explaining Why I changed my mind about bigger being better and carry/recommend 9mm. )

The reason that many people roll their eyes at the topic is that those who choose the .45acp (or 10mm, while we’re talking) do so out of ignorance or emotion in almost every case. Rob Leatham obviously isn’t ignorant, but I do believe that he has an emotional attachment to the .45 which is strongly empowered by his (rightful) pride in his amazing shooting ability. For a guy like Leatham (or Jerry Miculek), the difference in split times when shooting 9mm or .45acp are going to be negligible. It is far too easy for Rob, who is a really nice guy, to sound douchey or condescending when he alludes to someone who is “not able to handle” the bigger, more powerful caliber. The fact is that he is neither of those things, but he is a passionate advocate for people becoming great shooters. Myself? I’m an advocate for people interested in personal defense becoming skilled, but not feeling like they need to become shooting hobbyists, or invest huge amounts of time and money in becoming “the best shooter that they can be”. I can handle the .45acp, but I shoot the 9mm faster out of any given size/shape/weight pistol.  I think Leatham would agree that the same would be true for most people with CCW Permits and Law Enforcement Badges. It’s an important fact that has informed the recommendations of many professional educators in the world of Armed Defense.

I think it’s also an important fact that advances in bullet technology/design over the past 20 years have increased both reliable expansion (for wound diameter) and weight retention (to maintain that all important momentum and increase depth of penetration) from modern bonded hollow points. The 9mm defensive rounds available to us today are not the same as your Grandfather’s. The glory days of “Bigger is Better” being very meaningful in regard to the wounding capacity of the medium caliber handgun rounds have been over for some time… and everyone from the the vast majority of local CWW Instructors to The FBI, the largest ammunition companies and just about all of the top Defensive Shooting Instructors in the US has acknowledged that 9mm is probably the best round for personal defense by now. Most Trauma Doctors who have worked on a large number of handgun wounds will tell you that they can barely tell any difference among the 9mm-45acp range of rounds when they are working on patients.

It is also important to acknowledge that there was a time when most of the leading instructors advocated for .45acp as a preferred defensive round (usually out of a 1911… but, let’s not go there right now). Some people may have stopped listening too long ago to have noticed the evolution. There was also a time when the FBI thought the 10mm Auto was an appropriate caliber for them to issue! The realization that the awesome power of the 10mm was overkill and represented a net negative to their agents was the beginning of what I consider the modern era of defensive handgun thought. The FBI’s needs were instrumental in the development of the .40 S&W Round. It was a compromise between the overkill of the 10mm and the perceived weakness of the 9mm… a perception based on what is currently outdated data on bullets that simply don’t compare to what we have available today and that was heavily influenced by emotion in the wake of the infamous Miami Shootout in which autopsy results suggested that agents died because the 9mm wasn’t powerful enough. It’s an assertion that has worked its way to being an imagined fact in the minds of many who geek out over high profile anomalies instead of looking at boring averages, means and statistics. Real data comes from experimentation and no one does that better than the FBI Ballistic Research guys. Law Enforcement around the US and the world) rely on the consistency of their testing and the 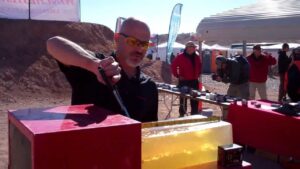 results they share on the best choices when it comes to caliber and bullet for police officers to use. They’ve evolved and they choose 9mm. I’ve done a fair amount of gel testing experimentation myself and a ton of research (including on actual handgun wounds and the opinions/observations of Trauma Doctors who have had to deal with them).

Last but not least, I’ve spent most of the last two decades working full time on ranges all around the world with military, law enforcement and civilian shooters at all levels of skills with a great variety of handguns. I’ve watched people shoot and evaluated their performance professionally for well over the magic 10,000 hours to reach the pop-culturally accepted level of expertise in regard to what people should expect to be able to do in the context of a defensive shooting (I offer the 10,000hr measurement with my tongue firmly in cheek, but do put significant stock in my observations and experience in the area none-the-less). All this has lead me to the conclusion that 9mm is a better choice despite its smaller diameter, lower mass and the generally lower levels of both force and momentum that it brings when compared to .40S&W and .45acp. The reasons are as follows (caveats offered parenthetically, in the interest of fairness and to represent the obvious counter arguments):

Modern Bonded 9mm Hollow Points have demonstrated reliable performance in both humans and contextually appropriate tissue simulations. This is best represented by reliably penetrating 12-15″ of 10% gelatin out of 3-5″ Barrels at 12-15′ through both heavy and light clothing, percentages and clothing as defined by FBI Testing Protocols. (Larger bullet diameters do offer an increased chance of damaging structures and heavier bullets do offer deeper penetration potential, particularly after passing through heavier intermediate barriers such as glass or construction materials… these are generally not a factor in personal defense gun uses.)
2. Shootability: 9mm Rounds offer the least amount of recoil from typical defensive handguns of all the rounds that meet (or exceed) the above referenced level of reliable performance. This means faster follow up shots for the vast majority of shooters in typical defensive situations while being capable of maintaining Defensive Accuracy. This Shootability factor also translates into practice being easier, which should encourage more frequent and longer duration sessions. (of course, most shooters with moderate training “can handle” the larger recoil forces and some can even make them practically irrelevant after a significant investment of time and expense).

3. Capacity: In any size defensive handgun, a 9mm version will offer a higher capacity. The smaller the gun, the more significant this difference can be. For example, the Springfield XD-S in 9mm offers 8 rounds in standard configuration. The .45acp (exactly the same size) version carries only 6 rounds. That’s a 25 percent difference. (While the difference between a 17 rounds and 13 rounds in a full size gun is just as signifiant in regard to percentage, the average number of rounds used in a defensive shooting is noticeably lower than either number).

4. Cost: 9mm rounds, especially practice rounds, are significantly cheaper than .45acp. Everyone has limited resources and shooting budget is one of those that is severely limited for many people. Even in cases where budget isn’t as significant a limitation, the justification for spending vast amounts of money on a very low percentage of need is understandably difficult. (Of course, if you win a National Championship or twenty, you can probably get your ammo supply taken are of without much expense. 😉 ).

For more information on caliber selection, other gear advice and defensive shooting in general, check out the huge body of content from a variety of instructors at www.personaldefensenetwork.com. For more entertaining (and hopefully educational) banter between Rob Leatham and I check out the Worlds Collide Video Series that we’ve been doing for the last couple of years.

PS- If you made it this far, you deserve to see the somewhat more casual Video Rebuttal I made for Leatham… which includes not just my thoughts on 9 v 45, but also AR v AK, Polymer v Steel, Hard Taco v Soft Taco, Biscuit v Baguette and much more…