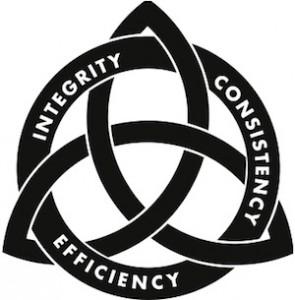 It was suggested to me that I post an article about what someone should tell their own children when they come home from school today. How do you deal with their possible fear, confusion and questions in regard to this event?

My own daughter is graduating from High School next week. My girlfriend’s kids, however, fall right into the center of the age range that would be likely to ask questions and need answers… elementary and middle school. So… what will I tell them when we talk about it?

1. Let’s remember that these events are INCREDIBLY RARE. This event, and those like it will be talked about for decades. How many people today have mentioned “Columbine” ?  That was over a decade ago. How about “Beslan” ?  That was almost a decade ago.  Pennsylvania one-room schoolhouse” ? Over six years ago.
The reason we reference incidents from the past is that these attacks are far from common and they are incredibly sensationalized because of the emotional components of the scale of the tragedy. It cannot be ignored that the politics of gun control also fuel the sensationalism and our communal memory formation of the event. I would stress educating your kids about the incredibly low likelihood that they will ever be touched by this kind of violence at their school.

2. Empower your children with a plan.

I will use the concepts that we teach as the fundamental responses for home defense:
– EVADE:  If you hear or see shooting at your school: GET AWAY. Go around as many corners or behind as many doors as you can. Don’t forget to mention windows and the fact that a 1 story drop may not be a big deal if the bad guy is about to break through the door.
–HIDE/BARRICADE: Get out of the way & out of sight. Lock and/or block doors, if you can. “hiding” might be as simple as remaining still & quiet in the corner of a room with a locked door.. a corner that can’t been seen through any window in the doorway.
–ARM YOURSELF: Obviously, this sin’t going to mean a gun. It could mean a fire extinguisher, a chair, a heavy book, a bat, a broom, a bucket, scissors… virtually anything. Get the thought process going and have your kids think about the things in their classroom that they could use as defensive tools. Remind them that they might need to point out these tools to the teacher in the room.
–COMMUNICATE: If there is a cell phone there, make sure that they contact the police. After that, they should be encouraged to contact you… so long as talking won’t reveal their position.
–RESPOND AS APPROPRIATE: Tell your children to fight. Tell them to do whatever they can to survive. Tell them to recruit others in the effort and, if nothing else, swarm the bad guy. It has been demonstrated that pleading for mercy or remaining still and hoping are not effective methods for survival in these situations.

3. Keep the politics to a minimum, but prepare them for the fact that some misguided people might blame the tools of the murderer instead of the murderer. Children, especially scared or confused children, are easily influenced. Depending on their age, they may be forming opinions that they will hold for the rest of their lives. Their education is your responsibility. Encourage them to be critical thinkers and apply logic to the question of what/who to blame, not emotion.

For what it is worth, those are my ideas….. feel free to use and share, if you think they might help.