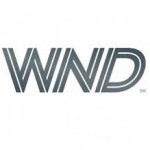 Gun-control advocates are pushing new legislation to limit the types of weapons that can be purchased and the number of rounds in a magazine, but a top gun safety instructor says he can easily envision why someone would need those laws to remain as they are.

Rob Pincus is the owner of the I.C.E Training Company, where has trained countless people in the responsible use of firearms and even creates videos that explain how best to respond to crises like a school shooting.

Pincus also has strong opinions on issues like concealed carry and women carrying weapons, but he clearly disagrees with the repeated contentions of Vice President Joe Biden that no one needs semiautomatic weapons or large-capacity ammunition magazines.

“I can certainly imagine scenarios where I would need to have a lot of rounds. I can certainly imagine scenarios where I would need to have the capability of controlling those rounds through a semiautomatic rifle where I can fire those rounds quickly and accurately,” Pincus told WND. “Multiple person home invasions would be an easy example that could obviously happen to any home in any part of the country. Those things are very rare, and that’s what those on the anti-gun side play on is the idea that those scenarios are very, very rare and most would would love to think that it could never happen to them. But because those situations are possible, the good news is that in America we have the right and the option to have those higher capacity magazines and to have the semiautomatic military-style rifles in our homes.”

So how does Pincus react to Biden’s suggestion that a couple of warning blasts from a shotgun would be an equally effective deterrent?

“Not only is teaching someone to shoot a shotgun into the air a reckless act in and of itself, it’s also dependent upon the person psychologically being stopped and not actually being able to follow through based on just their will to fight,” Pincus said. “Well, if every bad guy we were going to try to defend ourselves from was a coward, that works great. If we have one of these spree killers, if some have someone who is intent through a home invasion to hurt someone, they’re not likely to simply be scared away by the sound of a shotgun.”

The renewed political debate over guns is triggering another spike in the interest of Americans in owning guns. Pincus said if this were a result of existing gun owners adding to their numbers, then his business wouldn’t be any busier. But he said the bulk of the new interest is from first-time buyers.

“The reason we’re busier is because people who are new to firearms or people who are just now thinking about the fact that the firearm could be their best defensive option in the home or outside of the home are out looking for training. They’re looking for an education, and that’s why they come to I.C.E. training company,” Pincus said. “And it’s not just the last few months. It’s really been over the last several years that we’ve seen more and more new firearms owners, people in their 20s, 30s and 40s who didn’t grow up with guns who are looking for valid information geared toward defensive shooting.”

Pincus is closely following the gun debate in Washington and in states across the country. He was especially incensed by the contention of Democratic Colorado State Rep. Joe Salazar that women shouldn’t carry guns on campus because they might end up shooting someone who isn’t actually a threat.

“The idea that a woman is going to carry a firearm and accidentally shoot someone because she perceives being threatened when she’s really not, honestly, I find that to be a very typically condescending argument. Unfortunately, it comes from the political side that has fought for women’s rights,” Pincus said. “To be demeaning toward a woman – as if the fact she’s now trained and responsibly carrying a firearm is going to make her judgment fail or is going to put her in a position where she is going to panic – honestly, I find quite the opposite to be true. The women who are realizing they have a right and responsibility for personal protection and are getting the training and who are more aware of their surroundings are much less likely to panic and [they’ll] make the proper decision.”

Pincus strongly endorses concealed carry laws and said there is no doubt criminals are less likely to approach someone if there’s a chance their intended victim is armed. During the interview, he also outlined the type of training he provides and what steps people can take in mass shooting situations to minimize the killings.

He also offered some parting advice to lawmakers in Washington and at other levels of government as the gun debate proceeds.

He added, “The best thing we can do is preach responsibility and not restrictions.”
Read more at http://mobile.wnd.com/2013/02/forget-shotguns-why-you-need-semi-auto-rifles/#le8JBkiTMoOyYcK8.99